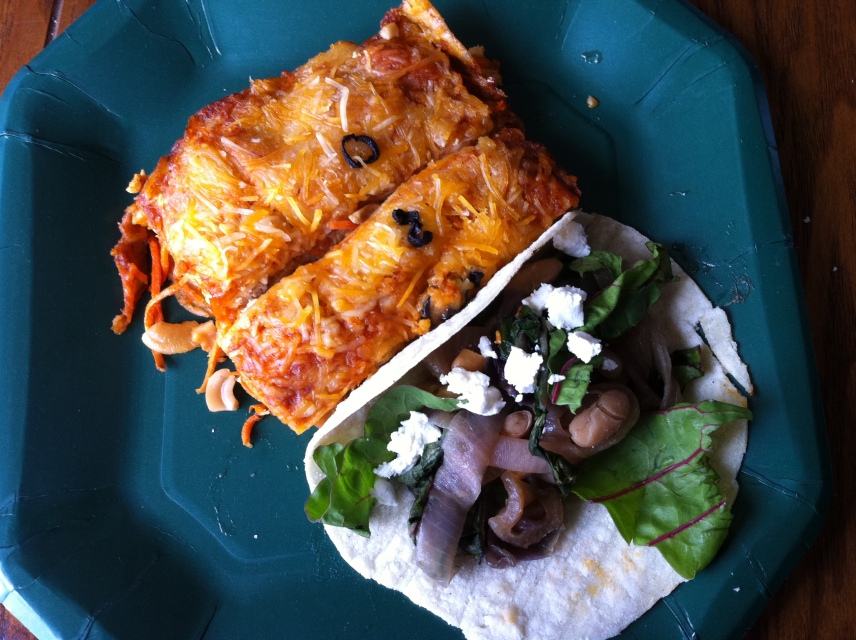 So last night’s small Cinco de Mayo fiesta turned out to be a success!  We had about six couples and I don’t know if they were just being nice (which being the kind people they are could be very true), but they all seemed to really enjoy themselves.  As the guests entered I had blue corn tortilla chips served with homemade guacamole and Trader Joe’s Salsa Autentica and Mike was making house(well let’s be honest, apartment)made “Skinnygirl” margaritas.  Our friend Tara brought over a couple of the actual coveted bottles a little later in the evening and I was happy that ours did the Skinnygirl brand justice!  Being a Bethanny fan, I was so excited to try her margaritas and I must say they were quite delicious and will be a regular item at any events we have this summer!

After a couple of margaritas and me finishing up in the kitchen I brought out the rest of the food on the evening’s menu.  I made my mother’s enchiladas one with chicken, and one without; sliced skirt steak in Marcela Valladolid’s beer-marinade; and beans-and greens tacos with goat cheese from a recipe I found in this months Martha Stewart’s Living.  I also put out some veggie refried beans and all the other classic mexican fixings including, sour cream, Cholula sauce, diced tomatoes, onions, and cilantro.  I was really pleased with how everything turned out and the guests seemed to leave in the only way I like them to leave, full and happy!

As this is Part 1 of Fiesta Recipes I thought I would start with the items that I got from Marcela and Martha and feature the enchiladas tomorrow as a tribute to my mama for Mother’s Day.  So let’s get to the taco recipe….

I made this as a meat item to add to the Beans and Greens tacos.  I personally only had the tacos veggie style, but I thought that the skirt steak would go really well with the flavors of the greens and the goat cheese.  I have to give credit to Mike who grilled the steaks and cooked them to perfection.

I unfortunately don’t have as many pictures of this recipe as I would have likes.  I prepared them as the guests were arriving so I wasn’t as liberal with my photo taking.

Here’s a photo of the finished tacos from Martha Stewart’s May 2011 Living Magazine… I think mine actually turned out pretty close! 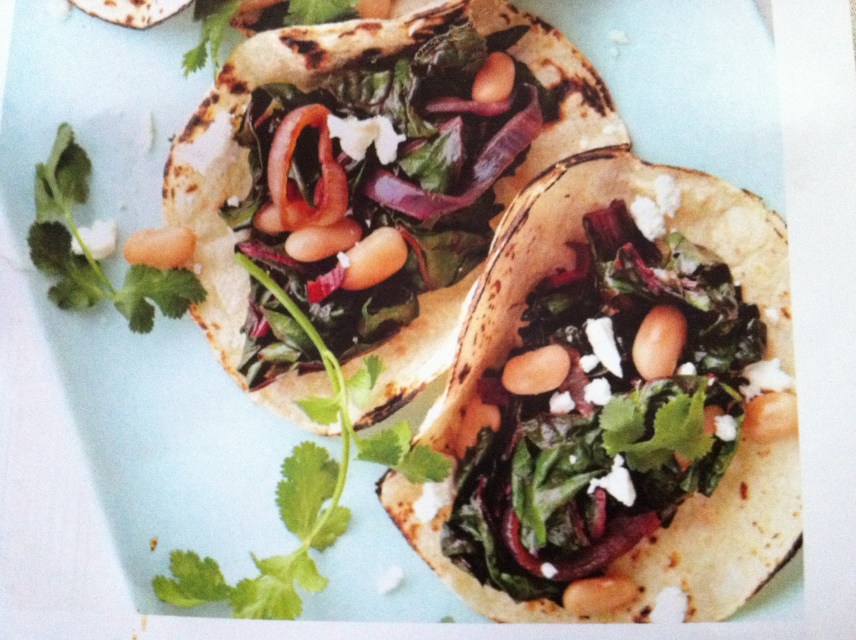 Check back mañana for the delicioso enchilada recipe!